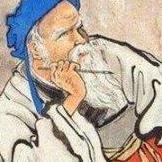 Top Posters In This Topic

Hello, I'm new to the world of internet forums but have been meditating for about 5 years and am hoping for some connection and discussion with like-minded people! I don't know many spiritual people i

Not really one particular thing :) When meditating I either focus on chakras, breathing, loving kindness, chant mantras or body scan, observe that pesky ego!, or a mishmash of the above! In terms of p